#ME TOO: don’t women have a responsibility too? 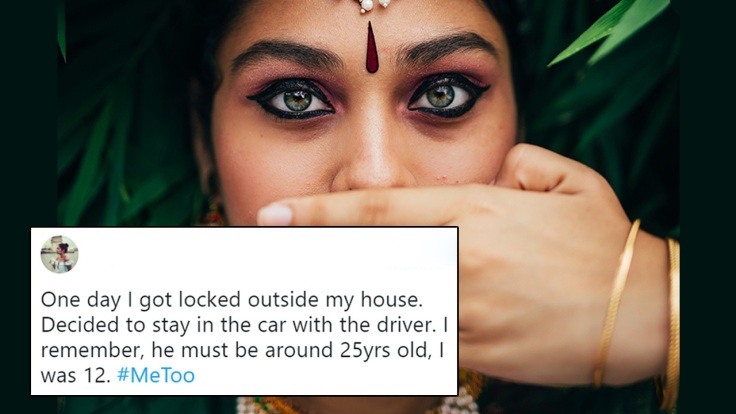 India is the most dangerous country for sexual violence against women, according to the Thomas Reuters Foundation 2018 survey. She is also placed 131st of 152 countries in the Georgetown’s institute’s global ranking of women’s inclusion and wellbeing. India’s National Crime Records Bureau (NCRB) reported 338,954 crimes against women including 338,947 rapes in 2016, which is up from 309,546 reported incidents of violence against women in 2013. Men in India, with testosterone bursting in their veins are on the prowl, stalking women, and raping them. Women are raped with intention not to satiate the perpetrators’ sexual avariciousness (if at all it is achieved by raping), but to murder them. This was vividly exemplified by the gang rape of a 23-year old paramedical student in the streets of New Delhi in 2012, killing her subsequently. Following public outrage against the gory murder, India’s criminal law was amended to broaden definition of crime against women to include stalking, acid attacks and voyeurism. This year Prime Minister Modi issued an executive order allowing death penalty as punishment for those assaulting children under 12.but stricter laws did little to prevent 34 girls from being tortured and raped in government-funded shelters in Bihar earlier this year. NCRB reports a 6.4% increase of crime against women in 2012. A crime is committed against a woman every 3 minutes. A woman is raped every 29 minutes. UP accounted for 2,244 cases of dowry deaths, and Bihar, 1,275 cases, constituting 23.7% and 15.5% of dowry deaths nationwide respectively. Fetal sex determination and female feticide by medical professionals is now a burgeoning Rs. 1,000 crore (US$ 244 million) industry. Every 9 minutes, a husband or his relative commits a crime. Homes are no more safe for girl children. Their own fathers, ‘close relatives and friends’ molest them sexually. Sexual harassment is a rule than exception in places of work. The Casting couch must be ‘honored’ in cinema industry if women actors, are to secure roles in movies. The advances (read sexual solicitations) of bosses are better suffered in silence to climb the ladder in the workplace. The age-old Indian culture of respecting womanhood is therefore gone for a toss.

Actor Tanushree Dutta, in an interview alleged Co-actor Nana Patekar of having misbehaved with her while filming a special song for the movie Horn OK Pleassss in 2008.Ever since this explosive allegation, a can of worms of inappropriate sexual behavior, molestations and rapes have been opened- a Domino effect of sorts, with women daring to publicly unravel tales of inappropriate sexual ordeals they’ve had to go through in the hands of, in majority of cases, male associates at work. Not a day passes without a woman shining the torch under the bushel to unravel her molester, through a movement popularly known as #ME TOO movement. This was started by Tarana Burke to help survivors of sexual violence, particularly young colored women from low wealth communities find pathways to healing, with idea to empower victims through empathy, letting other women know that they’re not alone in the journey. The life changing movement began when Burke was talking to a girl who revealed sexual abuse by her mother’s boyfriend. According to Burke, ‘she didn’t know what to say. She just said “me too” ’. This movement against sexual harassment and assault spread virally in October 2017 as a hash tag in social media in an attempt to demonstrate the magnitude of the menace. # ME TOO gained prominence following the arrest of American film producer, Harvey Weinstein, who was charged with molesting 70 women. Following the ‘netting of a big fish’, many heads rolled worldwide- a phenomenon called the ‘Weinstein Effect’!

In India, the Weinstein Effect was set rolling with Tanushree Dutta’s allegation against Patekar. Since then, many men, powerful and famous, had been scurrying for cover. These included AIB comedian Utsav Chakraborthy, Vikas Bahl, director of Queen, former union Minister MJ Akbar, and many others, especially in the music, movie and theater industries.

The ghastly increasing incidence of predatory tendency among men is as evident as day light. It is a reality which is preferred to be condoned by a largely patriarchal section of society than to condemn it. Society is much less safe for women to go about with their lives. It is a disgraceful fact that in India, women are regrettably and shamefully at men’s ‘mercy’. This unfortunately being the reality, it is also a fact that onus on women to assume responsibility for their safety has increased by leaps and bounds. This is particularly so because law has miserably failed to protect women in this country. The gory gang rape and subsequent death of the 23-year old paramedical student in 2012 in Delhi and subsequent upheaval did not stem the tide of abuse of women in India. The responsibility on women therefore to safeguard their bodies and honor has increased many folds over. This can only be achieved by safeguarding and honoring womanhood by women themselves, especially those working in theater and cinema. It is entirely up to them to adorn womanhood about them for all to see before deciding to disrobe themselves before cameras that film them in movies, advertisements and modeling. It might be argued that it is their profession. While there are numerous ways to go about one’s profession, it is the up to them to choose between profession and their womanhood and self-respect. There has been actresses who’ve said ‘NO’ to the dictates of directors to expose their flesh in movies, and refused to oblige monsters on the casting couch only to be shown the door, which they exited most honorably. ‘NO’ necessarily needn’t be expressed vocally. It could be expressed by the way women conduct themselves. Personally I have been working with a woman colleague for over 20 years. There hasn’t been a single incident where I haven’t treated her like my own sister, or have been tempted not to reciprocate thusly. That is simply because she exudes pristine womanly virtues, respectability and ladylikeness to the core, and not because she weighs close to a ton! There are still actresses, who film buffs and makers respect for their integrity- who they think twice before advances are made at. That is because they have uncompromisingly decided to stand by a virtue called ‘ladylikeness’. But, are infants and toddlers molested in India because ladylikeness was not adhered to by them? Here, the blame must be entirely laid at the doorstep of lawlessness in the country. Because people audaciously indulge in such beastly crimes, knowing fully well they can get away with almost anything. The same holds true for a woman being raped by an alcoholic husband.

Indian laws having failed to deter men on the prawl, Women have a great responsibility not to let go off ‘ladylikeness’, which us still relevant. The famous quote by American businesswoman Sydney Biddle Barrows ‘the more you act like a lady, the more he’ll act like a gentleman’ assumes significance in this context.