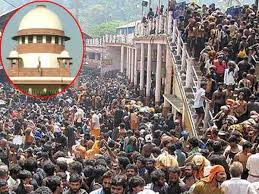 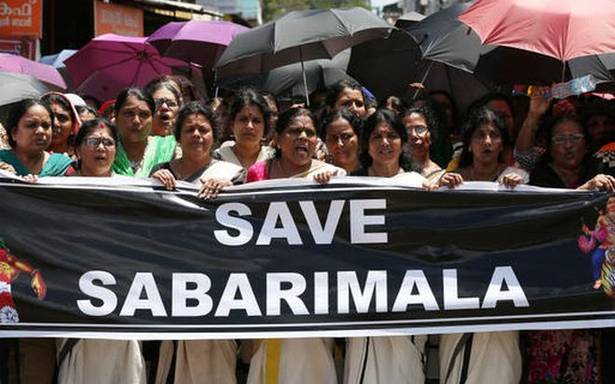 The Indian Supreme Court on September 28 2018 in a majority opinion of 4:1 lifted the centuries-old practice of prohibiting women from menarche to menopause (those between 10-50 years of age) to enter the Lord Ayyappa temple at Sabarimala in Kerala.

The ruling that later fanned popular emotional and ‘religious’ outbursts were architected along the following arguments:

Whatever be the legal grounds on which the controversial ruling was founded, opposition to women of menstruating age group entering the Sabarimala Temple was opposed vehemently in the southern Indian state of Kerala where the hill shrine is located. Logic, reasoning and legality seemed to falter and too weak before prejudiced, conservative and rabidly patriarchal forces and influence.

Legend has it that Lord Ayyappa is celibate so that he can concentrate on answering the prayers of His devotees. He will remain celibate till the day kanni swamis (first-time devotees) stop coming to Sabarimala.

Ayappa is a historical figure. He was the Prince of Panthalam, a small kingdom located in the Pathanamthitta district in Kerala. The palace he grew up in still exists, where people can visit. One of Ayappa’s most loyal subjects was vavar (Malayalam for babar), an Arab commander, who he defeated in battle. Vavar is today installed not as an idol, but in spirit at a mosque in Erumeli- the Vavar Shrine, from where, Vavar is believed to protect pilgrims who take the difficult and treacherous 40-km trek through dense jungles to worship Lord Ayappa. Muslims too make the journey to the mosque at Erumeli and the Vavar Shrine, which faces the Ayappa temple on the hill top, accounting for peaceful and truly secular coexistence of places of worship of entirely different faiths, in stark contrast to inter-faith skirmishes and bad blood so rampant in today’s India.

Sabarimala is one of the few temples in India that welcomes men and women of every caste. Devotees dress in black, the color which signifies renunciation of all worldly pleasures, and one which signifies that every devotee is equal before Ayappa, irrespective of caste. In fact, hierarchy among devotees is based on the number of times they’ve made the pilgrimage, and not on caste. Pilgrims live an ascetic life for 40 days before undertaking the journey to Sabarimala. During that time, they pray in groups. A Dalit can lead the prayers, whose feet a Brahmin in the group touches. Something unseen anywhere else.

Apart from the historical Ayappa, there’s also a puranic legend associated with Him, which says he’s the son of Vishnu and Shiva, born out of union of forces, instead of actual physical relationship. Possessing the traits of both the Gods makes Him a potent deity to His devotees.

But, why are women not allowed into the Sabarimala temple, the Holy abode of Lord Ayappa? According to the Puranas, Ayappa was born to destroy a female demon, who, thanks to a boon could only be vanquished by a child born of Shiva and Vishnu. When Ayappa fulfills his destiny by killing her, a beautiful woman emerges from the body. She had been cursed to live as a demon, which was annulled due to her killing. Now free, she asks Ayappa to marry her. He refuses on the ground that His mission is to go to Sabarimala to answer the prayers of His devotees. However, he promises to marry her when kanni-Swamis stop coming to Sabarimala. She now sits and waits for Him at a neighboring shrine near the main temple, and is worshipped as Malikapurathamma.  With hundreds of thousands of new devotees visiting the Hill Shrine every year, her’s will be a long wait. Women do not go to Sabarimala out of empathy for Malikapurathamma and her long wait, and also out of respect for Ayappa’s commitment to answer the prayers of His devotees. Since he’s celibate, he should not be distracted. Majority of Ayappa’s committed devotees believe in this legend as the reason why women shouldn’t be allowed into His adode. Menstruation and being unclean have nothing to do with restriction for women’s entry into Sabarimala, which is the second largest seasonal pilgrimage after the Islamic Holy site of Mecca in Saudi Arabia. This hill shrine was visited by 3.5 crore pilgrims in 2017, raking in a revenue collection of Rs. 243.69 into the coffers of the Kerala-government controlled Travancore Devaswom Board, which administers the temple.

The Apex Court’s ruling permitting women to enter the Sabarimala temple has stirred the hornet’s nest. The conservative Hindus are hell-bent to prevent women from entering the temple of the celibate deity. They have the support of the BJP, the nationalist rightwing party, seeking to make its presence felt assertively in Kerala’s political landscape. The party has decided to hold mammoth demonstrations across the state, led by women to prevent women’s entry to Sabarimala, who have taken to the streets by hundreds. Kerala’s ruling left-front is hell-bent to actualize the court ruling, probably tempted by more revenue that more pilgrims would generate, something that’ll benefit Kerala in the post-flood times. The congress has joined the BJP to resist the court order to make its presence felt as the opposition in the state. The contentious issue is now the bone of contention for political parties to yelp at. But undoubtedly, it is the women devotes of the Lord who must decide independently about visiting His temple, shorn of all pressures.