We need to broaden our tunnel-visioned mindset 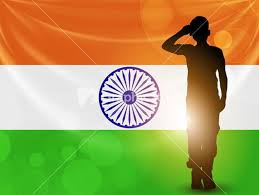 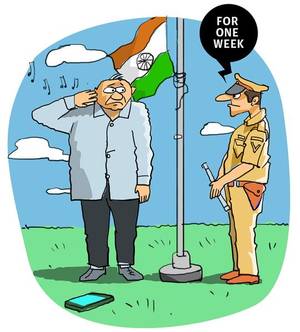 The print media recently reported an incident where the Chief medical Officer (CMO) of a government hospital at Ambur in Vellore district of Tamil Nadu was caught on camera talking on his mobile phone when the national anthem was being played on August 15th. The Madras High Court, after the incident ordered him to hoist the national flag, to salute it and to sing the national anthem concomitantly  every day for a week, under police watch! The judge while granting anticipatory bail for the CMO, imposed the punitive measures under Section 2 of the Prevention of Insults of ‘National Honor’ Act of 1971. The incident came to the court’s attention when an individual, probably too sold on national ‘honor’ lodged a complaint when the video of the doctor ‘dishonoring’ India went viral on social media.

I am not piqued at this incident because one from my profession has been subjected to ridicule much like an errant school boy might have been, for some kind of mischief or for a similar act of ‘antinationalistic’ nature! The CMO’s counsel had contended that he was attending an urgent call from the office of the Director of Medical Services. Let us, for a moment assume that the counsel was pulling a fast one, which is unlikely and unnecessary in these times of electronic surveillance when phone calls made and received can easily be monitored. I am appalled because a self-respecting citizen was ridiculed for an act, which, in all possibility might have been an oversight or even an act of duty- for doctors, irrespective of the time of the day and circumstances are forced to answer calls over the mobile phones habitually, considering the nature of calls they are likely to receive. It is indeed disheartening to note that we, as a people have degenerated into a stagnant society bordering on the silly and the childish, where people are punished because they  fail to ‘play statue’(a game that school kids play to remain motionless when asked to), when the national anthem is sung or the flag is unfurled! We are living in times when those in governance have been rendered tunnel-visioned when an act of the governed considered ‘inappropriate’ when the national anthem is sung, or when the flag is being raised is equated to one of ‘national dishonor’. Does that mean that acts viz: (1) a peon  raping a five-year old at school, or (2) a bus conductor of the school bus murdering a school kid in the school toilet by slitting his throat because the animal’s sexual advances were warded off, or (3) a woman journalist being killed in cold blood at her doorstep by cowards who operate through their equally cowardly henchmen operating at night just because they do not agree with her points of view, or (4) a man being lynched for storing and consuming beef at home, do not bring  dishonor to India anymore? Do the aforesaid crimes pale in significance and seriousness, when compared to somebody talking into his phone, when the national anthem is being sung, or the flag is being unfurled? Has India been reduced into a rather stupid, morally immature and deficient ‘democracy’? Have we made ourselves laughing stock among the comity of civilized nations?   We in this nation seem to be living at a time when Indian democracy is simply unable to look beyond citizens exhibiting ‘dishonor’ by not showing respect when just a song, which the national anthem is, is being rendered, or being lackadaisical to honor a mere piece of cloth, which the national flag is, is being unfurled. Those in authority don’t care about broader, more important and unruly aforesaid issues of animal nature, which need to be addressed and doused, and which actually contribute to smudge national honor badly.

It is time we changed, most expeditiously from a nation which is run by tunnel-visioned individuals and their cronies operating on skewed and warped ideology and tenets, who have unfortunately become torchbearers and even self-appointed representatives of national ‘honor’, that the only issues that merit concern is ‘respect’, or the lack of it shown to the national flag and the anthem, both of which merely serve to decorate India and nothing more, while there are myriads of issues of more consequence to ‘national honor’ to be sorted out. We are a nation which has lost its way badly in sands of time. India is on a fast-reverse mode than, and a far cry from being on a fast-forward mode! Indians need to understand the bottom line that the only, and probably the only sensible way to honor India is to honor her children and women, and her citizens’ rights, much more than the national anthem, which is just a song, and the tricolor, which is just three pieces of three differently-colored clothes stitched together, with an emblem embossed at its centre!

It is high time every Indian silently, without coercion, arm-twisting and drama recite in their hearts:

“From ignorance, lead me to truth;

From darkness, lead me to light;

From death, lead me to immortality