From Marx to Mata Amrithananthamayi through St.Paul 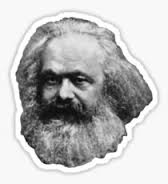 Are people really influenced by religion, whichever that may be, and its modern-day ‘representatives’, if so, to what extent and in what form? Following a stroke at 39, the services of a driver became inevitable. Very soon, a stocky, healthy man in his fifties, with a friendly disposition was appointed. Though a Catholic, he was a diehard communist. He was an office-bearer in a smalltime local body of the CPM, the political party which functioned on staunch leftist ideology, and which was the political nemesis of the supposedly ‘centrist’ Indian National Congress in Kerala. Leaders of the left-led alliance in the state, the LDF meant more to my driver than his family, and even food! As a driver, he was ‘Speedy Gonzalez’. To him, every road was Formula One racetrack. He was allergic to vehicles before him. Road rage had him settling scores with murderous private buses and wayward auto rickshaws and two-wheelers, which were law unto themselves. Picking up physical tiffs on the road over the outcome of competition with other vehicles was his style, unsettling his passengers, especially me, strapped to the front seat by the seat belt, without many options (thanks to the stroke). Such unsavory incidents had me requesting him to return to the car from half- finished physical exchanges. When booked for over speeding or abject refusal to use the seatbelt, he would lecture to the policemen about the senselessness of imposition of speed limit or the use of the seat belt on the state’s pothole-ridden roads which do not permit cars to run in speeds more than 80 km/hr, without the occupants having to suffer at least a heart attack, in the process! Though a communist, he was no atheist. He, with family took part in church activities. St. Sebastian and St. Antony were his favorites, as also were Marx and Stalin! He was a regular as an office bearer in church committees in charge of feasts of his favorite saints. Attempts to question him on religious affiliations, despite being a communist would be answered by the burly man through a hearty laughter, which would have the car wobble!    He availed leave frequently to attend numerous funerals, and memorial services that followed-a prominent practice among Catholics. I always felt his ‘religio-social’ activities were meant to bolster his political bearings. He often comforted me and counseled me to accept my stroke as ‘God’s will’ (which did not, to me, sit on him as a communist). He used to help me dress up whenever my wife was away on night calls, and support me physically at the hospital I worked. After eight years of helping me and my family in more ways than one, he left almost unannounced, unable to find time for his political and social commitments. He left on the excuse that he needed time to repair his rundown ancestral home, which I knew was a cooked-up story.He now works as a driver with a bank.

This left a huge void, which was soon filled (inadequately- in terms of physical attributes and others) by a tiny absentminded man, a Jacobite-turned Pentecost by faith. Sitting beside him I always felt, as a driver, he did not possess vital requirements such as vision, especially to color. Owner of considerable land, he was reasonably well-off. He came to work in his car or bike, after a good night’s sleep in his air-conditioned bedroom. His numerous mobile phones, never with him, or charge-less, were, by rule meant to be unanswered than exception.   A man of deficient brawn, driving was easier for him than having to buckle the trouser across my ever-expanding midriff! I missed his predecessor badly when he attempted to dress me up, or help me with physical support at the hospital. To onlookers, I seemed to be physically helping him.  As a diver, he had his own rules. He was a habitual victim of the red light (which confirmed his colorblindness, absentmindedness or both) and speed detectors.  Visiting police stations to pay up fines was his routine after dropping me and my wife off at the hospital! The Pentecost in him had him preach to his passengers, quoting St.Paul, his hero, liberally, attempting to get across his points to the passengers, (especially my wife, to whom St. Paul and Moses were first cousins!), with his left hand. That hand almost never took part in driving. To him, the driver’s seat was a pulpit! A man of loose, quick and intrusive tongue, He had the habit of contributing his opinion, most explicitly, unsolicitedly, and voluminously at that, to his passengers’ conversation, much to their annoyance. This had my wife and I communicate through SMSs using our mobile phones to keep him, and his unsolicited opinions out of our conversation. He used to take leave only when his kitten fell into the well, or the calf ran off the grazing field, with his frail wife pulling at the trailing rope, fruitlessly. Funerals and ceremonies that followed meant nothing to the Pentecost. Those formalities to him, were simply waste of time. His nosy and glib-tongued ways had him and my aging mother crossing swords not uncommonly, resulting in the availability of his services for her wither away gradually with time. Absentmindedness had him not answering our persistent phone calls after our daughter’s graduation to return home from her college. We ultimately returned home in a taxi. We’ve had enough! The self-righteous and ‘inappropriately-mouthed’ Pentecost was fired.

A genteel, well-set man, a devotee of Mata Amrithanandamayi replaced the Pentecost. He was patience personified. Traffic rules were observed to the letter. Ever since my stroke, I sat in my car without my adrenals having to work overtime, as they used to, when I used to be driven around by the communist and the Pentecost; hope the Mata devotee lasts long!