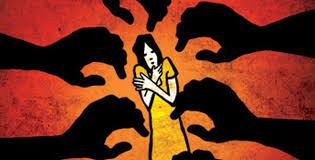 Kerala still remembers with jitters the black letter day of February 18 2018. The state woke up with her conscience badly dented on that day as television channels served one of the most unpalatable ‘breakfast news’ of abduction and molestation of a popular actress of Mollywood in a moving car. She was proceeding from Thrissur to Kochi on the National Highway after a shoot. To add to the sordidity of the crime of animal nature the incident was videographed by the crimesters. She filed a case with the police on the same day. Support and sympathy for the violated woman poured in from an angry public, her colleagues in the film industry and well-meaning dear and near. The finger of suspicion was trained on a male colleague, who nurtured personal vendetta against the victim as the brain behind the shocking crime.

The case pertaining to the crime has since been pending in courts. The mastermind and accomplices suspected or otherwise remain at large without being punished appropriately. In the meantime, the victim married a long-time friend and film producer. She continued to pursue her career affected badly by the ordeal she had been through.

Why am I writing this now, a good two years after the crime?

I happened to watch the victim recently on Television as a celebrity judge at a popular reality musical show involving children. I was impressed at the rare poise, courage, grace and equanimity with which she conducted herself during the show. Interacting with the contestants and judges without putting on airs or pretending. Nor did she sulk. I was ecstatic to behold her. She donned no shell about her to withdraw into. She to me seemed like the proverbial phoenix that rose from the ashes.

I take to people who refuse to be cowed down by life’s travails.

There were two choices before a famous and socially upbeat woman who was molested in the manner she was: (1) to fold up like an accordion, and seek social reclusion in sackcloth and ashes, and (2)to courageously move on by looking at the world which had violated her at its eye. She chose the latter. That is exactly why I am writing this now. By adopting the second choice she brought proud and decorum to womanhood. A commodity which is being badly torn asunder in the so-called ‘God’s own Country’ relentlessly.

According to the National Crime Records Bureau, Kerala recorded 10461 crimes against women in 2018 of which 1945 were rape in which the assaulter had been known to the victim in 98.4%, predominated by family members. Clearly the tag ‘God’s own country’ sat unworthily on Kerala’s brow. This is thanks to unbridled surge of testosterone through the veins of the state’s seemingly sex-starved men. The actress turned victim to rampant unbridled ‘sexuality’ in men, sullying the near-extinct gentlemanliness with shame and indelible dishonor. Through that crime on Kerala’s highway on the wee hours of fateful February 18 2018, men in Kerala lost their right to walk with heads held high. This wasn’t the first case of sexual crime to happen in Kerala. But the ghastly manner it was executed was unique. The victim, as she awaits completion of investigations by law of the land has taken the high road of ladylikeness. She deserves kudos for the grit, honor and ability to take life by its horns with decorum and quiet dignity. By choosing to do so, she has already got her revenge on her cowardly violators whatever be the outcome of investigations by competent authorities.

What stands out is not the revenge she has drawn through the manner in which she chose to deal with her personal disaster, but the example through sublime ladylikeness she has set for women continuing to be violated like her. Women who are at the receiving end of audacious brutality in the hands of men running roughshod over civility, rule of law and respect for womanhood. The victim by refusing to be cowed down by the molestation has elevated womanhood on the pedestal of dignity, respect and superior demeanor. I thanked my lucky stars for tuning into the television show to behold her in a position of strength despite the ordeal she had been through.