Unwinding in nature’s arms in Valparai 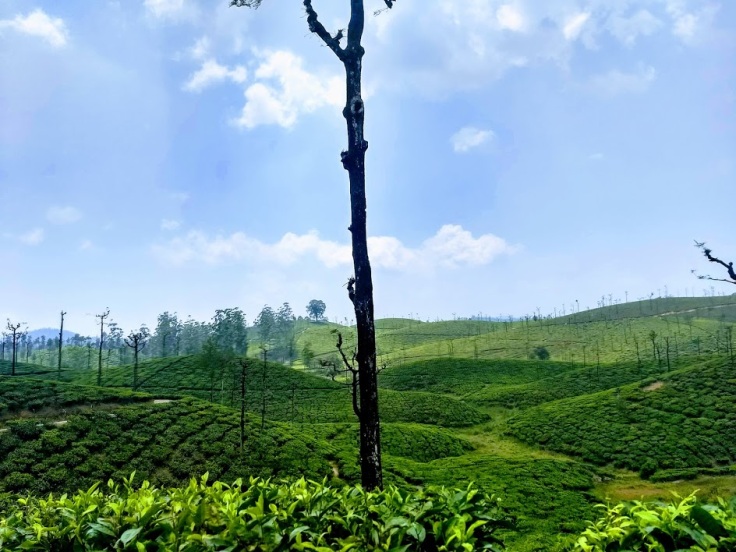 Life was recently a rollercoaster ride for me and my family.  Two starkingly contrasting events had our lives  topsy-turvy.    From exhilaration of my older daughter’s wedding to despondency of my mother’s sudden passing away at close intervals had put us through physically and emotionally testing times. We seemed lost. We badly needed a break and to relax.  My son-in-law, who was in the excitement of kick-starting a family, broached an idea. He suggested we go on a jaunt to unwind. We chose Valparai, a quaintly scenic place on the Kerala-Tamil Nadu border. My wife and I had visited the place as medical students. As part of an ‘all-boys’ trip after my medical course I had passed by the place once more on the way to a magical place, the Grass Hills, which existes close to Valparai. We reserved our accommodation in two chalets- wooden structures, which are living spaces like a glorified cabin constructed on Swiss design within the precincts of a tea bungalow. That is where we intended to spend a day. We left home in Cochin at 8 am, though our original plan was to hit road by 6 am to escape the traffic density that could swell by noon on major roads. We breakfasted lightly on dosai, (one among South Indians’ favorite item on their breakfast menu)   at Chalakudy, a town between Cochin and Trichur, and set ourselves on the road to Valparai that passed by Athirapally, Kerala’s largest waterfalls. The falls on that day looked significantly emaciated possibly because of the harsh summer that already had Kerala scorched by March 23rd.  The road gave us some breathtaking views of the Chalakudi River, which flowed beside thick oil palm plantation that existed on one side of the road. The temptation to wet our feet in the river had to be given up due to persistent warnings of wild animals, especially elephants crossing the road and instructions against parking on the road. The palm plantations behind us, the road proceeded to wind   through thick forests of the Western Ghats on either side, which consisted predominantly of thick bamboo grass, the staple diet of wild elephants. Too frequent signages displaying pictures and warning of wild animals, especially elephants crossing the road and elephant dung of various degrees of freshness on the road added some anxiety to the excitement of the trip. Shreds of bamboo grass dragged onto the road at regular intervals bore telltale evidence of elephant activity on the road we sped on. What if an elephant decide to block the road and stall our onward journey!?.My mind raced back to those carefree younger days, when I had travelled on the same road. I was too carefree and naive back then to bother about elephant dung or menacing pugmarks of other not-so-friendly mammals.   The only animals that watched us speed by presently were grimacing monkeys. Turning off the music playing inside the car and the AC, we lowered the windshields on the sides to listen to the sounds of the forest. Broken yet persistent sounds of crickets deep inside the forests, the hoots and shrill birdsong in various pitches resembled an orchestra practice and tune its instruments before a grand musical at nature’s amphitheatre. The road that wound and writhed through the Western Ghats had reasonably dense traffic made up by care-free two-wheelers, cars and rare buses, with which we had near misses on more occasions than one, caused by the road rendered narrow and partially rickety brought about by repair works. I thought the numerous two-wheelers that sped by, most of them without helmets were living dangerously.  Routine formalities at Check posts on the Kerala-Tamil Nadu border had us break journey for brief spells, which we utilized to hydrate and snack ourselves. Soon the forests gave way to more scenic and reassuring coffee and tea plantations. Though the bamboo grass gave way to coffee, tea and cardamom, indicating human habitation, the warnings of elephant crossing persisted. Driving further, we passed by the picturesque Sholayar Dam, Asia’s second deepest dam, where we stopped to take some pictures. The catchment areas of the dam, like the Athirapally falls looked depleted due to a premature harsh summer. 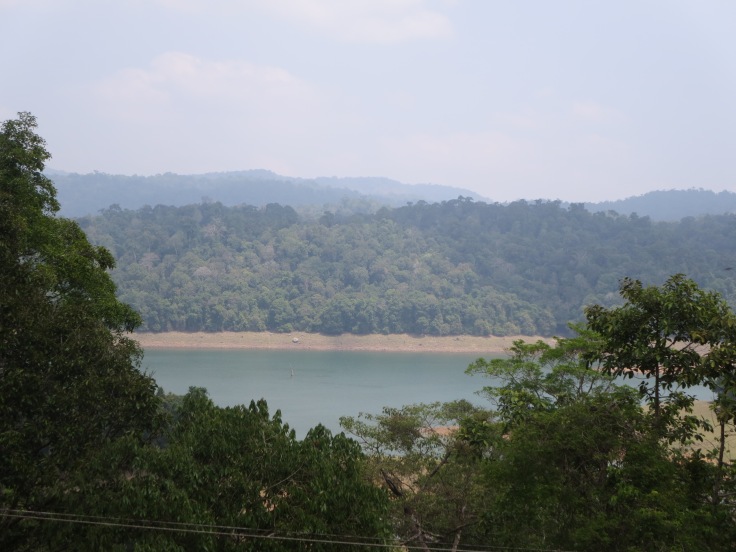 We then drove into the sleepy Valparai town dotted with shanty settlements of tea estate workers, luxuriant quarters of estate managers and shops selling spices, tea, coffee, and perishables like various meat and fish. 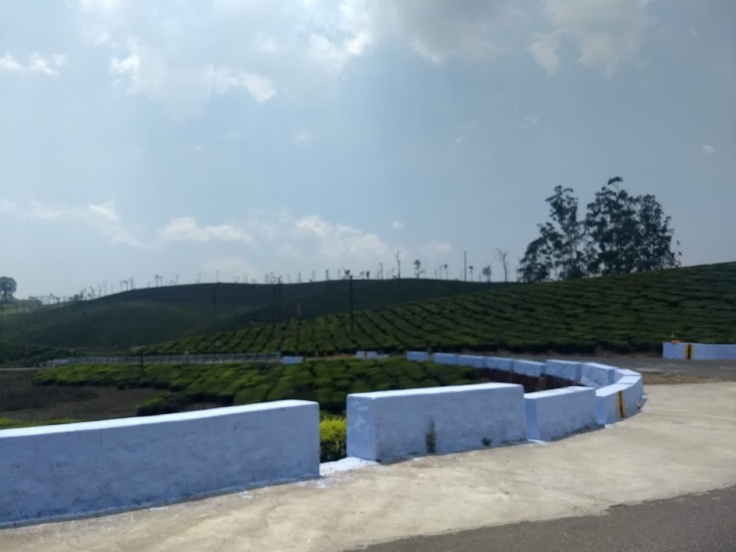 Lovely tea estates seemed to weave a green halo around the otherwise nondescript town.  Wrong directions from the Google-powered GPS on my older daughter’s phone had us take a nail-biting and rickety ride right through a tea estate to the bungalow. That almost non-existent dusty ‘road’ we gathered could be the one used by the tea factory to transport tea pickers. To our luck, no vehicle decided to share that road with us that day! Electrified fences to keep away elephants had us pick up speed to reach the safety of our bungalow somehow. After tucking into a homely, fresh and warm lunch at the bungalow’s dining room, we occupied our chalets, the sights from which took us straight into nature’s arms. To sip tea on their balcony, especially in the morning beholding the singing birds fluttering against the sun, squirrels scurrying about with mongooses,  tall trees in which woodpeckers had left perfectly round holes as entrance to their abode   and distant verdant tea estates draped by brilliant blue sky had us unwind nestled in nature’s arms for a day.

Lack of modern-day ‘amenities’ like the internet and WhatsApp only took us closer to nature’s bosom! Regretting that our holiday was too short, we hesitantly left the bungalow.