Why don’t we give Him room? 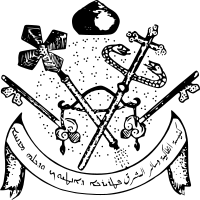 The Christmas story begins with Joseph and Mary plodding along snowy and treacherous terrain on a dark wintry night to register with a census as decreed by Emperor Augustus. Mary who was into her full-term pregnancy was badly in need of a comfortable and a private place to deliver. No room was available for the birth of God’s son that cold night, except a manger.

2000 years later, Christ is still being denied room in the hearts of the so-called ‘Christians’, who are supposed to be His flag-bearers. He is the least of their priority. He has been removed as the corner stone of Christianity.  In fact, he is a stumbling block and a nuisance to today’s Christians’ nefarious activities and skewed agenda. The Church has been put through unparalleled disrepute, loss of credibility, respect and sanctity. It has been torn apart into smithereens of innumerable denominations, each headed, not by Christ, but by mere humans with human frailties. The very people who are supposed to Sheppard the Church have turned villains leading it astray. Confession enclosures have lost their sanctity. Confessions are no more secret in the hands of priests who use them to blackmail women confessants for sexual ‘favors’. Bishops rape nuns audaciously and yet continue to administer the church irrespective, and are honored on Church calendars. Protesting nuns were subjected to punishment and ‘disciplinary action’, in keeping with the church’s blatant patriarchal and male chauvinistic tendencies.  A nonagenarian who passed away was denied burial in Kerala. His mortal remains was forced to remain within a mobile mortuary for close to a week, with his bereaved family keeping watch, adding to their anguish. This was brought about by one of the warring factions of the Malankara Church denying permission to the dead man’s grandson, a priest belonging to the other faction to officiate funeral proceedings as the dead man wished. He was ultimately buried at the intervention of the district collector! Churches belonging to the warring factions of the Malankara Church in Kerala are, at the time of writing, veritable battlefields. ‘faithfuls’ belonging to a faction, the other day threatened to commit suicide by jumping from the roof of a church, with policemen at their wits end encircling the church holding a net to prevent death in case people actually jumped. Policemen at battle-readiness and geared-up security personnel keep watch at these churches instead of angels! It’s Christmas once more, and these feuding faithful and church heads, who goad them into ugly skirmishes on the streets and courts of law from pulpits, paradoxically undertaking Advent ‘fasting’ at the same time deny Christ a room at least in their hearts. He continues to be shooed away from Churches!

It’s about time modern-day ‘Christians’ gave Christ room in their scheme of things. He deserves much more than the repulsive stench of the manger, that modern-day ‘Church’ has sadly deteriorated into.