Supreme sacrifice of a ‘lady with a lamp’ 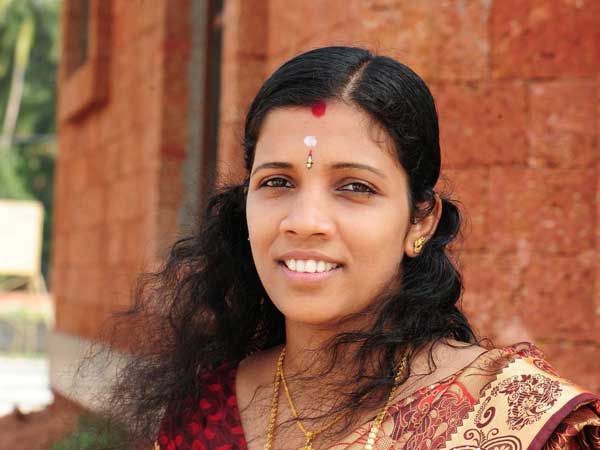 Perambra, a sleepy little hamlet near Calicut (now Kozhikode) in Kerala made news recently for all the wrong reasons. People residing in the town made beeline to hospitals in panic as they developed fever and symptoms mainly pertaining to the respiratory system. Some of them worsened rapidly to succumb to the mysterious fever, which seemed to have returned to haunt Kerala after a lull. They were probably reminded of the death dance Kerala had witnessed in 2017, when over 400 died and about 22 lakhs were affected by various kinds of fevers, after the monsoon that year. A family in Perambra lost three.  One worsened to receive ventilator therapy. A person who attended the funeral too died later.  It was only when the Pune-based National Institute of Virology confirmed that the fever was caused by the Nipah Virus, almost unheard of, in this part of the world and country, that the mystery of the killer fever was unraveled.   The people, Health ministry of the Kerala government and health care providers in that town and Kerala panicked. They were clueless about this new villain who joined others that had Kerala shiver from various fevers only recently. Details of Nipah Virus Infection (NiV) in its gravity emerged in a big way especially on social media.

Lini was a nurse who worked in the Government Taluk Hospital in Perambra. She must have nursed those who reported with the new kind of fever, the details of which were unknown, at the onset of the outbreak. She contracted NiV and succumbed, leaving behind her husband, working abroad and two tiny tots. Authorities refused to release her body to her family for fear of infecting them. With their consent she was cremated.  Through her death she placed nursing as a profession on the highest pedestal. She belonged to a work force, which is one among the most maligned, disrespected and often derided and looked-down-upon and, most unfairly, overworked and underpaid in Kerala- the nurses. Lini had the lamp she had inherited from Florence Nightingale shine brighter through her selfless sacrifice unto death, despite the odds of her profession. Being a government employee, the Kerala government decided on a solatium, and also offered a government job to her husband, besides Rs. 10 lakh each for her two little children. Had she been working in a private hospital, all that she would have ‘sometimes’ received would have been her garlanded photograph placed at the lobby, with the hospital hogging the limelight, at the expense of one of its staff, who till the other day was considered worse than a door mat, being a nurse! Such hospitals are where the likes of her are at the receiving end of business culture and over-corporatization that has sadly infiltrated today’s medical care like an aggressive cancer. With low pay, long duty hours and tremendous responsibility on their already burdened shoulders, and superiors, who ought to be addressing their woes and finding solutions to, breathing down their necks, the nurses’ professional life is no afternoon stroll in the park! The WHO has already recognized Lini’s sacrifice, while carrying out her job as a healthcare provider. The state government will do well to recommend her for one of those many national awards. It is the duty of the entire nation to recognize the supreme sacrifice made by this young ‘lady with a lamp’.

4 thoughts on “Supreme sacrifice of a ‘lady with a lamp’”