Nipah Virus- the new villain to have Kerala shiver 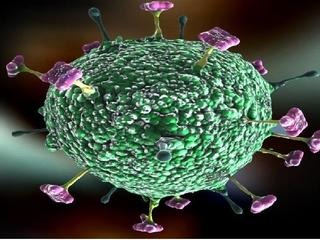 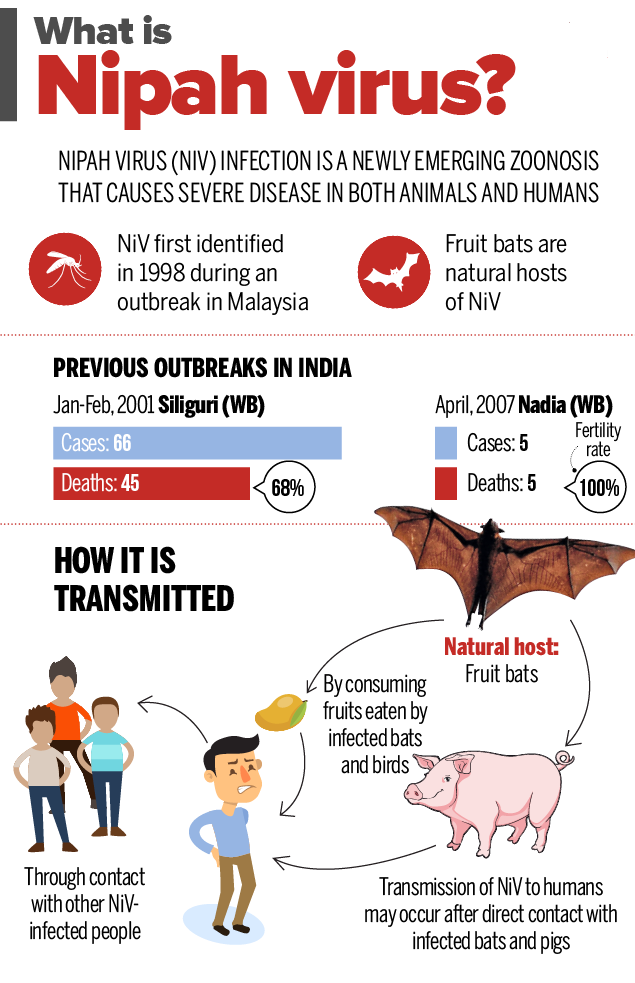 Kerala is also called ‘God’s own country’. The state proudly flaunts this tagline, which was conferred on her because of, besides various other reasons, her enviable track record in the health front. Her health indices are comparable to, or even better than those of developed nations, including the Scandinavian nations-considered the healthiest in the world.

But, the state has had her share of fever epidemics denting her reputation as the healthiest Indian state.

The previous 3-5 years have had Kerala shivering to several of them. These epidemics have resulted in severe physical, financial and mental strain on the community and the government. Wailing from numerous households across the state, as the result of death and abject poverty these fevers banished them to, did not sit well on the state.

First half of 2018 saw Kerala reeling under various fevers.1.5 lakh people were affected by viral fevers in North Kerala, mainly caused by mosquito bite around the monsoons.

2017 was no better. As per official figures available with the Kerala Health Department, 14, 68,281 individuals were afflicted with various communicable diseases until June 20, 2017.Fevers viz; Dengue, Malaria, Leptospirosis (rat fever), Hepatitis (A and B), diarrheal diseases including cholera, Chicken Pox, and H1N1 had claimed 114 lives in the state up to June 20 2017.Kerala’s population is 3,33,87,677 as per the 2011 Census- which means one in every 23 residents was hit by a communicable disease!

But recently, at the time of writing, Perambra, near the city of Kozhikode (erstwhile Calicut) in North Kerala witnessed the death of 13 people, suspected to be caused by a contagious virus. This had hundreds of people with fever rushing to hospitals in panic, and forcing the Central government to send a team of experts to monitor and control the spread of infection. It almost looked certain to the panicky populace that the death dance Kerala had just witnessed had returned to haunt them again.

Meanwhile, the Pune-based National Institute of Virology confirmed four deaths from a same family as those caused by the Nipah Virus. A surviving member of the family was critical warranting ventilatory therapy in the ICU. The deadly virus also caused the death of a nurse who nursed one of the victims who succumbed to the deadly virus. This sent the health care personnel in Kerala to a state of extreme panic, expectedly. This new villain which had Kerala shiver, both out of fear and uncertainty about the disease and to its manifestations, was an absolute stranger to the medical fraternity in this part of the world. The social media worked overtime to disseminate information about the new fever to have Malayalees shiver.

What is Nipah Virus?

Nipah Virus (NiV) infection is a newly emerging Zoonosis (an animal disease that can be transmitted to humans) that causes severe disease manifestations in animals and humans. The natural host of the virus is fruit bats belonging to the Pteropodidae family, Pteropus genus. NiV was first identified during an outbreak of the disease in Kampung Sungai Nipah, Malaysia in 1998(hence it’s name).on that occasion, pigs were the intermediate hosts. About 100 perished then. India witnessed two outbreaks among humans in 2001 and 2007 in West Bengal. Bangladesh was hit by an epidemic of NiV infection in 2004. On this occasion, humans were infected with NiV after consumption of date palm sap that had been contaminated by infected fruit bats. Human-to-human transmission has now been reported through the cases reported in Calicut, and during an outbreak in Siliguri, where 33 health workers and hospital visitors took ill after exposure to patients hospitalized with NiV infection.

These therefore exemplify the modes of transmission of the deadly virus:

The virus has an incubation period (time interval between the instance a person actually is infected by the virus and appearance of symptoms) of 6-14 days. For people with good immunity, this could extend up to 21 days. As per established protocol, a person should be monitored for double the incubation period before declaring him/her ‘virus-free’, which implies that will have to wait for 42 days, before being declared cleared.

What are the manifestations of NiV infection?

How is it diagnosed?

Diagnosis is made by establishing presence of the virus in the blood and body fluids through tests available in National institute of Virology in Pune.

How is it treated?

The treatment of NiV infection is supportive in an ICU. Cases of ARDS will require ventilatory therapy. There is no single medication available to cure the illness. Recently, an antiviral drug called Ribavarine is reported to be of use in treating NiV infection. There is no vaccine available against the deadly infection, which stresses the point that the only sensible option is to religiously observe stringent methods to prevent getting infected by the virus.

Health care givers and institutions are advised to:

Why is Kerala prone to develop fever epidemics, as the last two witnessed in 2017 and 2018?

Stiff fines and other punishments must be enforced by the authorities on those throwing about waste. Even non-bailable arrest will not be out of place, as the situation is grave, and one which has assumed emergency proportions. People dare to and defy authorities by throwing waste even in public places under electronic surveillance.