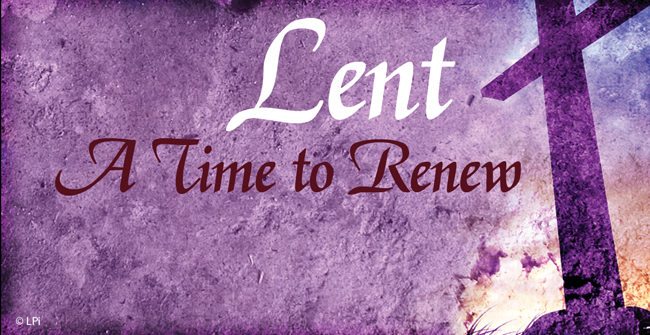 Christians are at the zenith of observing yet another Lent. Wearing sackcloth and ashes (a common usage that describe those undertaking intense fasting and prayer, and those in anguish and grief, especially in the Old Testament times), they are back to ‘fasting’ at a time when the agony and death of Christ, who was nailed to a wooden cross under the blazing Sun on a hill at Calvary is being commemorated. These people had undertaken the same ritual of fasting last year, and have been doing so many years prior to that, probably ever since birth. Were the ‘fast’ supposed to make better people of Christians, they should have, by this time become better than the lord himself!

Why do Christians fast during lent? Some say it is to observe the forty days and nights Christ had retreated to the wildness to fast and pray (remember, the Lord ate absolutely nothing. He would have had no water too- though no mention of that is alluded to in the scriptures). After His rigorous fasting and praying for forty days, He was tempted by the Devil. The bad guy, as usual came a-calling when one is at his/her weakest moment-His modus Operandi, to reap rich dividends. Here Christ was physically famished after fasting for forty days. The Devil set about testing the Son of God through temptations those were difficult for any ordinary mortal not to give in to, at His weakest moments of physical famishment. Christ did not fall for the most fabulous allurements held forth by the tempter. The tempter failed.

Others fast to express their ‘solidarity’ with the suffering Christ on the cross. While others claim fasting detoxifies or cleanses their bodies, by renouncing one of the things they love to indulge in-food.  Others claim to fast to bolster themselves spiritually.

‘Fast’ undertaken by the so-called Christians comes in various shapes and sizes. Most of them renounce non-vegetarian food, lavishing themselves in choicest vegetarian fare. Others renounce just animal meat, but consume fish. More ‘determined’ among them do not consume any animal product like milk and eggs. They do not even partake of anything made of milk! The duration they fast also varies from 50 days to 7 days, or any number of days one chooses to. There is no ‘official’ hard and fast rule whatsoever!

They take umbrage under the comforts of vegetarian diet, irrespective of quantity and quality. Anything vegetarian goes. But once the Lenten period is through, which is on Easter day, Christians who had been ‘fasting’ till the other day, find themselves in the company of every creature that crawl, fly, swim, walk and run on the dining table, accompanied by choicest liquor to wash the gala spread down the food pipe to prevent choking on the rich food.

Who are these Christians trying to hoodwink through their version of ‘fast’? They might as well remember that God’s no fool to be taken for a ride by these gimmicks they religiously observe.

Who can’t ‘fast’ like these Christians? Some of the staunchest among Hindus exist easily on vegetarian food right from their birth, and live much better lives than these Christians who ‘fast’ just during Lent on a kneejerk fashion. Vegetarian food is quite capable to nourish and preserve life in animals like cattle, and even the ‘giants’ among them viz; the elephant, hippopotamus, and the rhinoceros. It can sustain man too. Those observing this mere ritual of ‘fasting’ achieve absolutely nothing. If it is meant to help control oneself from falling to temptation during lent, or to make themselves better Christians, or to spruce themselves spiritually, there are more important things they ought to renounce than just non-vegetarian food. Food is one of the things man can easily do without, especially the ‘deescalated’ version, deprived of non-vegetarian food.

There are other more significant things Christians ought to renounce than just food during Lent.

If a Christian makes a living out of lending money on interest, let him lend money to the have-nots without interest during Lent. Let Christians who have made corruption part and parcel of their vocation, do away with corruption. Irrespective of the job he/she might be involved in, be it medicine, politics, law, or governance, let them undertake their job conscientiously. Let corruption be shown the door during Lent. Let Christians sold on alcohol to the point of addiction causing unrest and calamity in society, home and community renounce the habit on these days. As they might adopt with respect to the use of tobacco, and drugs that provide them with that much-needed ‘kick’ too. Let those who indulge in adultery, slander, faultfinding, gossip, and let their senses have a free run rein them all during lent. Let them turn their backs to love of the flesh in thought word and deed. Let those who have two of anything give one to another who doesn’t have one. Renouncing these makes more sense. Don’t they?

And renounce these not just during Lent alone, but 365 days of the year.

There’s no point in dabbling in the inconsequential and the trivial, as if God were a fool, as He simply isn’t one!