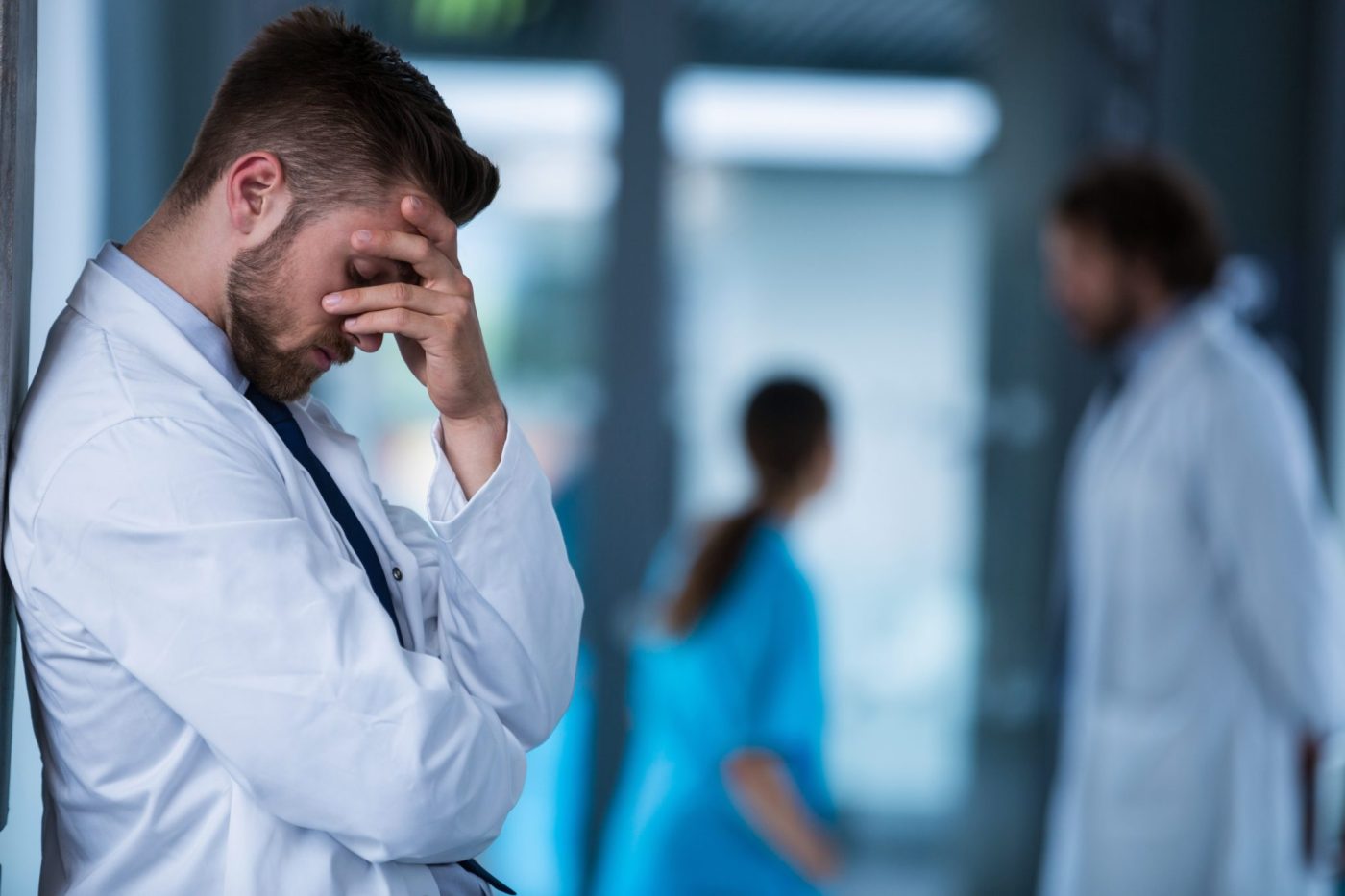 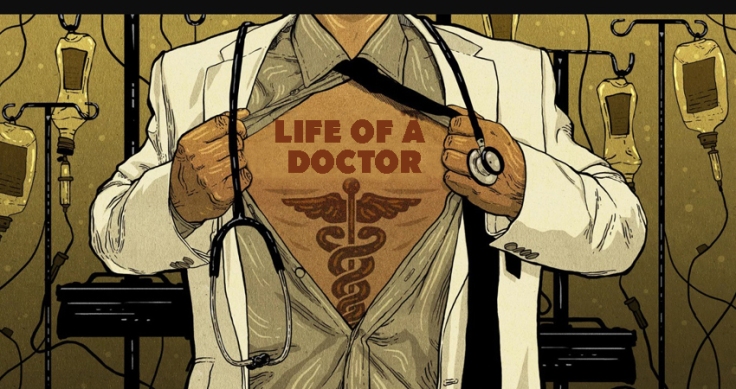 Times of India on November 20, this year, published a study conducted by the Research Cell of the Indian Medical Association (IMA) in Kerala, which seemed to suggest that doctors, who are supposed to be professionals helping people to live longer die young compared to the general public in Kerala.

While life expectancy of an Indian is 67.9 years, that of a Malayali (as a native of Kerala is called) is 74.9 years. According to the study by the IMA, the mean ‘age of death’ of a Malayali doctor is 61.75 years. A surprised Dr. Vinayan KP, the Research Cell Convener of the IMA says “we were surprised by the figures as we expected doctors to live longer, as they know what is good for them”.

The mortality pattern among doctors   enrolled with the state IMA’s Social Security Scheme was analyzed In This 10-year old study titled ‘physicians’ Mortality Data from 2007-2017’. Of the 10,000 doctors who were part of the contributory supportive scheme that provides a fixed amount to a diseased doctors’ family, 282 died during the study period.

The study, soon after publication in the print media went viral in the social media, especially among doctors’ groups in the alarmed state.

As might be expected, doctors are supposed to lead healthier lifestyles, and therefore have lower mortality rates than the general population as a result of their ‘medical knowledge’. However, in some studies, the actual mortality rate among doctors differed according to specialties, while other studies did not validate this observation. But on the murkier side of things, there are several studies supporting the fact that doctors do not take care of their own health any better than expected. Some studies report that doctors actually take fewer vaccinations, are careless about controlling their cardiovascular risk factors and receive fewer screening tests for cancer than the general population. An interesting case report about an Australian physician describes how he determined his symptoms on his own and how he was later diagnosed with Lymphoma- a type of cancer!

Why am I writing about this?

I am doing so for two reasons:

And (2) I was struck by a stroke at the age of 39. The stroke considerably weakened my left side, and it wreaked havoc to my career as a surgeon. I was just beginning to blossom into a ‘not- a-bad’ surgeon working in a ‘high-strung’ specialty when the stroke struck out of the blue. It happened in the afternoon of January 14 of 2005. My life turned topsy-turvy in more aspects than just professional. I had just completed an operation that day. At lunch after the operation, I thought I had facial palsy (in which a corner of the mouth deviates to one side) – a common occurrence in stroke, which was confirmed by a colleague of mine who was eating with me. After lunch, I walked up to the Surgical ICU to see the patient I had just operated. There, I fell with a thud near the nursing station. Along with me, my entire life, which was to me ‘a breeze’ until then, came tumbling down, so to say. At 39 I seemed to have lost a dream! The surgeon’s scalpel slipped out of my considerably weakened left hand abruptly.

Soon, a team of doctors led by my boss descended on me, and diagnosed that I had fallen to a major stroke caused by a thrombus (blood clot) that stuck to and clogged a major artery supplying a considerable area of the right half of my brain, resulting in paralysis of my left side. Soon the pressure inside my skull began to increase rapidly having me lose my consciousness and orientation. Very soon, I landed on the operating table where a neurosurgeon removed a portion of my skull in a jiffy to release the pressure building within that closed unyielding globe of a bone that housed my brain. Surgery followed four days on the ventilator. Thanks to a dedicated team of doctors and Providential grace, I survived the ordeal, and lived to tell my tale. Off the ventilator, I went through rigorous physiotherapy and a course of Ayurveda, as part of the efforts to restore what I just lost in a matter of seconds. With surgical profession having relegated itself to history quite prematurely, the hospital I worked in was magnanimous to rehabilitate me professionally by employing me to look after patients in the post-operative Surgical ICU, where I have been working since my stroke.

I mentioned in detail the ordeal a 39-year old surgeon had to go through in the morning of his surgical career, as I thought it was relevant to the aforementioned study. The difference and a significant one is that the massive stroke did not kill me. It could have, if not for prompt medical attention I received. But it certainly left me considerably disabled, and snatched away the scalpel from my hand, and with it, what looked like a promising surgical career at that point in my life. Were it not for the magnanimity of the management of the hospital I worked in, I would have lost my job, denying me significant means to make both ends meet.

What is unique in my case? I had no risk factors to account for stroke. I was no hypertensive or a diabetic. My cholesterol levels were normal.  I never smoked. But now, after much water has flowed under the bridge, I can vouch for the fact that though my disease dealt a cruel blow to my life, it has succeeded in making a better doctor out of me. I am now able to relate better with patients I come across in the ICU, as I have been on that sickbed. Quite sick,  missing death by a whisker. That thought of course may be part of a mechanism in me to have me count the silver lines!

So then, what caused my stroke when I was only 39? Frankly, I don’t know. One might call it by various synonyms viz: fate, ill luck, God’s will, and many others.

As mentioned in the study, and my experience, why do young doctors fall to major diseases without any warning, killing some of them, or have their lives change drastically, should they survive?

There are numerous causes for the same. As I mention them, I frankly do not know, which one was the villain that wrecked me

Doctors are put through a lot of stress, almost as part and parcel of ‘treating the sick’

Stress adds up and leads to diseases, especially cardiovascular, like myocardial infarction (heart attack) and stroke.

Having come this far, this peculiar phenomenon of Malayali doctors meeting with premature death calls for a proper well-conducted prospective study to examine and dissect into the validity of the observations made in the study by the IMA, before conclusions are drawn from it.

If the study indeed is validated, doctors deserve to be ‘handled with care’. They also need to ‘handle themselves with care’