Gorakhpur has lots to answer to the nation 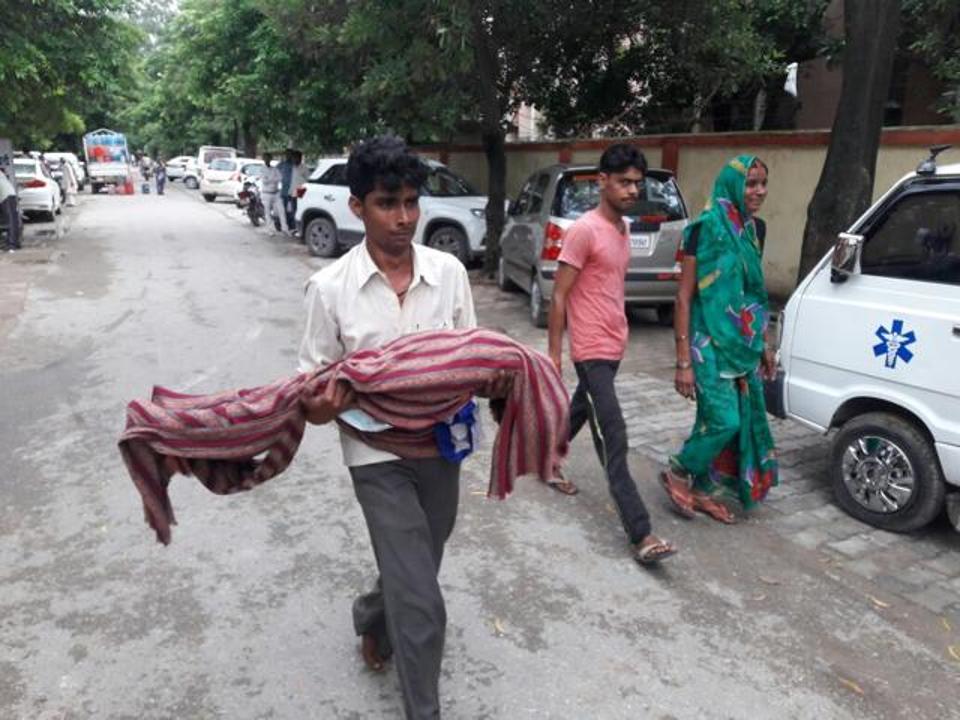 August 10, 2017 caught doctors at Nehru Hospital in BRD Medical College in Gorakhpur, Uttar Pradesh, with folded hands unable to do anything as 60 patients including 30 children lost their lives one after the other. Children continued to lose their lives on subsequent days as well. Majority of those who succumbed were those admitted to the neonatology and encephalitis ward. The BRD Medical College at Gorakhpur, the constituency of the Chief Minister Yogi Adithyanath is a centre known for expertise in treating Japanese Encephalitis. The reason cited for these unfortunate deaths is ‘oxygen supplies having run out’.

Apparently, the hospital owed an accumulated debt through nonpayment to the tune of   Rs.68 lakhs, to the agency, Pushpa Sales that supplied oxygen to the hospital. The supplier had reportedly written to BRD Authorities on August 1 and 8 asking for clearance of the pending bills. The hospital authorities reportedly made an initial payment of Rs. 21 lakhs to the agency that too, only a day after 23 children died. The Chief Minister and those in power, expectedly rubbished the ‘oxygen supplies having run out’ theory to have caused the death of infants, which is continuing at the time of writing. But what gives credence to the oxygen theory is a report that three operators of the hospital’s central oxygen plant had warned the Head of Pediatrics Department through a letter about the falling oxygen pressure, well in advance.

Something could have been done at this point and a national mishap of this dimension averted.

As a face-saving tactic usually resorted to by typical politicians, as only they possibly can, a convenient sacrificial lamb was identified and done away with. The principal of the Medical College, who was fired, turned out to be that unfortunate scapegoat.

As ‘investigations’ are proceeding to unearth the real cause behind the unparalleled human tragedy, the government has poopooed along predictable lines, the ‘fall in oxygen supplies’ theory. Encephalitis was also blamed for the mass casualty within a hospital specializing in treating the dreaded disease. This is a distinct possibility.   Was fall in oxygen supplies really the cause?

Yogi Adithyanath by now would have realized, as ordinary citizens in this country believe and hope, that governance is not all about tending to cows and addressing their welfare in the innumerable gaushalas that dot the entire state of Uttar Pradesh. He is also responsible for an impoverished state’s health care as well.  He has a lot of uncomfortable questions to answer.

The political masters of the chief minister- the BJP and the ruling NDA must also view this shameful incident with all seriousness that it merits. Indians are not asking for President’s rule to be clamped on an errant state on account of this unmitigated disaster, but to look into this unforgivable and unforgettable tragedy through an unbiased investigation, and people responsible punished without compromise, thus ensuring a murderous incident of a macabre dimension is not repeated.

Adithyanath need to look beyond the gaushalas in a state yearning for development.

This tragedy showcases the lackadaisical approach of India towards a very important aspect of her nationhood- the health of her citizens. But with the governing apparatus in the state and centre more interested in the wellbeing of cows, and indulging in financial jugglery through demonetization and GST, (just for the sake of ‘having done something’, with the general elections of 2019 already having started to arm-twist the incumbent to retain power through every possible means), both of which having taken the confused citizenry for a rickety ride, can we logically expect a credible outcome to this murder in our wildest dreams?