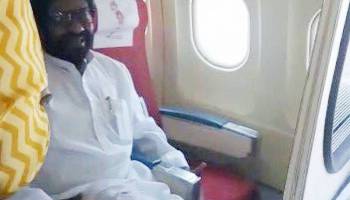 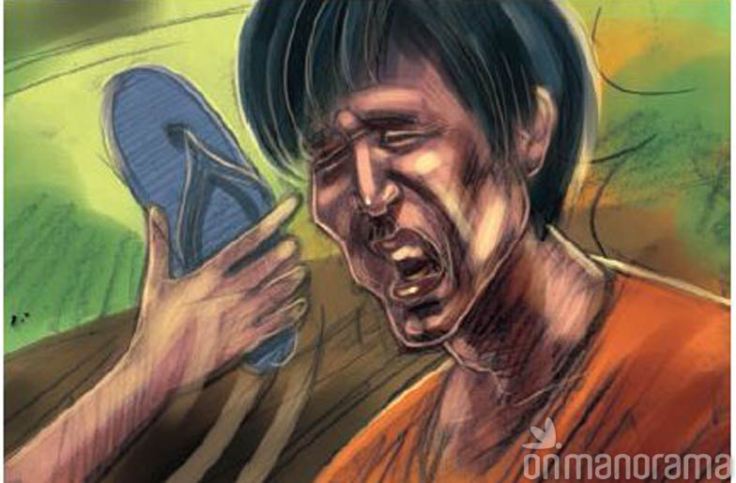 The entire nation’s conscience was badly hurt and Indian democracy let down badly by the Shiv Sena Lok Sabha member from Osmanabad in Maharashtra, Ravindra Gaikwad when he slapped a 60-year old Duty manager on an all economy Air India flight he was to fly in. the reason? He had to travel economy class though he had an open business class, the privilege of a Member of Parliament (MP), bestowed on him by a democratic process through the votes of thousands who would have voted for him at the hustings. After the incident, instead of being penitent, he boasted ‘yes, I beat him with my sandals 25 times. Should I tolerate abuses just because I’m a MP?’ He was not born a MP, for God’s sake. He became one through the votes of ordinary Indians, whom he was supposed to serve, and not throw his weight around on, on the strength of being one. The nation was benumbed by the audacious display of brazenness of a so-called ‘neta’, who became one on the strength of a time-tested and mature democracy. By slapping the airline official, he slapped the very people who voted for him to place him on his designated chair inside the supposedly revered parliament, which unfortunately is populated by hoodlums and goons of his kind, privileged to govern this land, with privileges that go with it, like travel in Business Class on the national air line. This exactly was the reason why Mahatma Gandhi, whose sweat and blood won this nation liberty from the yolk of the Englishmen refused to join a political party and to take part in electoral politics. In fact he detested it, as though premonition told him about the misuse of power and mindless display of brazen audacity by those elected to power, to follow. What is more shocking than the violent act of Gaikwad, was his apparent lack of penitence. He felt it was his right ‘as a MP’ to take on a government official, and the citizens who voted him to ‘power’.

In a rare display of unanimity, private airlines and Air India barred the MP from flying with them. Air India promptly cancelled the MP’s return ticket from Delhi to Pune, implementing the first-of-its-kind ban in India. The MP ultimately had to take a train back to Maharashtra.

What stood out as a beacon was the tough and uncompromising stand taken by Air India’s no-nonsense Chairman Ashwani Lohani ‘we would not permit anyone to misbehave with Air Indians on duty and would go all the way to ensure that justice is done’, he said in a face book post. The boss stood by his colleagues in those trying times, true to his style. In November 2015, just three months into his job as AI Chief, YSR Congress MP Mithun Reddy had allegedly slapped the airline’s station manager at the Tirupati airport for disallowing him and his relatives to board a plane after the boarding gate was closed. The MP was later arrested on AI’s complaint. Lohani a mechanical engineer from the 1980 batch of the Indian Railways Services has been seen as a doer, leading by example. According to an AI colleague, he has never used his corporate credit card to entertain guests, unlike his predecessors who used to in fact misuse it. The AI chief is known not to have availed a free ticket either for himself or his family. ‘He continues to travel by the railways’, according to another colleague. He has also stopped the practice of being received at the airports by a battery of officials, finding it too ‘feudal’! It is no little wonder he acted with uncompromising and fearless principles in dealing with Gaikwad. He had the right kind of credentials to do that. He also set an example for others not to cow down to power and those who misused it just because they held powerful offices. Gaikwad failed to get any allowances from the ruling NDA, an alliance in which his party, the Shiv Sena was a constituent.

But Shiv Sena, true to its color and habit, decided not to take things lying down. A party MP threatened that if the ban on Gaikwad was not lifted, no flight will be allowed to fly from the Mumbai airport. All hell broke loose in Parliament between the ruling NDA and Shiv Sena MPs, though the latter was a part of the Alliance, the relationship between the two being sour as stale curd. The Union Civil Aviation Minister stuck to his guns saying ‘Airline is a machine and safety is top priority, which cannot be compromised’. By sticking to his stand, he stood by the CMD of the airlines, Lohani, whose integrity merited the unstinted support of his minister as he did way back in2015 in the Tirupati incident too. Ultimately, integrity and principles won over highhandedness and brazenness. The powerful had to climb down to kneel before a government official who had the spine to hold on to his integrity as his lifeline. The ‘slipper-happy’ MP expressed regret at what had happened, a huge and positive achievement and turnaround by the usual Indian standards. ‘I convey my regrets for the unfortunate incident that took place on March 23, 2017 in Air India flight No AI-852. This incident may kindly not be seen as a reason for likely recurrence of such an event in future also. As the restriction on flying is affecting my duties and responsibilities, I would request you to lift this restriction and let the investigation eventually determine the circumstances which led to the incident’, he wrote to the Civil Aviation Minister (one wonders what is there to investigate on, with the MP himself having admitted to having slapped the official, not once, but 25 times)!

In all probability, having expressed regret, as part of a compromise to settle the contentious issue, the ban on the MP might be lifted. The whole incident threw light on the fact that people with real guts to hold on to integrity in public life and office like Lohani still exists in India, and their writ runs too, over the seemingly impregnable writ and wayward ways of people drunk on power. Undoubtedly, the ‘man of the match’ of a distasteful and an avoidable incident is Ashwani lohani, the chief of Air India, the nation’s carrier!