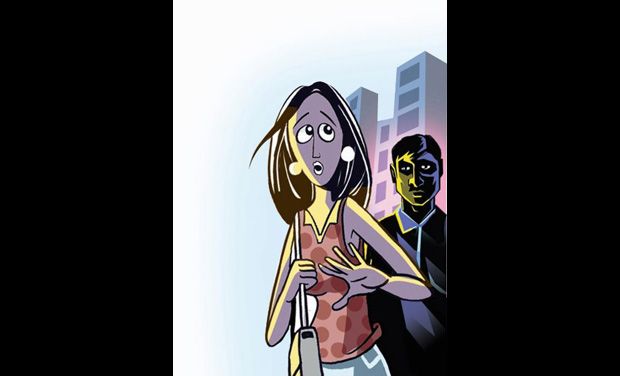 Mishel was an 18-year old Chartered Accountancy (CA) student hailing from Piravom, a suburb of Kochi, a wannabe metropolis, fast becoming the crime capital of India, attempting to nip New Delhi to the post in that department. She used to attend coaching classes for CA in an institute at Palarivattom, in the heart of the city. She stayed at a hostel in Kacheripady, also in the heart of Kochi. A person who used to visit her home every weekend, decided to break that habit to remain in her hostel to prepare for her exams one weekend. On March 5 2017, she telephoned her parents at 3 PM to inform them that she would be visiting them to collect her books. Later that afternoon, she visited a church at Kaloor, also right inside the city. That was the last the world saw of her. She was missing since. A CCTV footage from a bakery near the church showed her enter the church at 5.37 PM, to leave it at 6.01 PM. She was seen not to proceed to the bus stand. Two motorcycle-borne men were seen to follow her after she exited from the church. The worried parents registered a person missing case with the local police station. On March 9 2017, a dead body was fished out from the Kochi backwaters near Ernakulam Wharf at 8.45 PM. The body was that of Mishel. A stunned Kerala lost yet another daughter, an18-year old, who aspired to be a Chartered Accountant. The postmortem confirmed ‘drowning’ as the cause of death. The police theorized Mishel’s death as a case of typical suicide. Her parents refused to buy that. They believed she was murdered. All hell broke loose in her hometown. Politicians vied with each other to ‘express their shock and grief’ at the untimely death of a bright young girl next-door. A hartal was called for in Piravam, as if that would resurrect Mishel back to life! Politicians and ‘concerned public men’ left no stone unturned to express their anger and grief, caring two hoots for the sensitivity of a grieving family. Who cared for them anyway? A  vernacular daily carried the picture of  Mishel’s wailing mother on the front pages, as if it needed a picture like that to inform the world that Mishel’s mother was indeed grief-stricken(so much so for journalistic etiquette). In the mean time, the police arrested a 26-year old youth working in Chhattisgarh in connection with the girl’s death. ‘Investigations’ revealed that the two had known each other for two years and that their relationship ended last April. The man confessed to have called her even after April. The frequency of his calls and messages had increased days before she died. The police said “he has stalked and pestered her so much that he made six calls and sent around 55 text messages to her, a day before she died”.

This is not the first time a woman has been harmed in Kerala, wrongly called ‘God’s own country’, now called ‘God’s disowned country’ appropriately, and especially in and around Kochi.

On February 20 2017, a leading South Indian actress was abducted and assaulted in her car, and her nudity photographed in the wee hours on National Highway 47, as she returned home from work.  The main accused ‘Pulsar’ Suni is in police custody. He has, in the process brought about disgrace to his namesake motorbike. Was he the only person behind the assault, or was he a hatchet man hired by or working for someone else? Will the truth be ever known?

On April 28 2016, jisha, a 29-year old law student was found murdered in her home in Perumbavoor, a suburb of kochi. The police arrested an Assamese laborer, 24-year old Ameer-ul-Islam, who admitted to murdering her. The local population is reluctant to believe he is the actual culprit.

On February 1 2011, Soumya, a 23-year old woman travelling in a passenger train from Ernakulam to Shornur was assaulted by an one-armed vagabond. She was thrown out of the bogie in the melee. The assailant, jumping after her raped her to death beside the railroad. The one-armed Govindachami, a native of Cuddalore in Tamil Nadu was found guilty. He was later awarded death sentence by the trial court, which was upheld by the Kerala High Court. However, the Supreme Court in its order on September 15 2016 acquitted Govandachami for reasons best known to the court and commuted his sentence to life term. Some justice that!

These isolated incidents are just the tip of a nasty iceberg that constitutes a menace and a social problem in this state that boasts of near cent percent education and excellent health indices.

The crime against women recorded an all time high in Kerala in 2016 with over 14,000 cases registered at various police stations with Thiruvananthapuram, the capital city(1,644 cases) topping the list followed  by Ernakulam(1,419), and Malapuram(1,406).

While Thiruvananthapuram district recorded the maximum number of rape (204), Ernakulam recorded a total of 91 kidnapping cases, the highest.

2016 recorded a total number of atrocities against women as against 12,383 the previous year.

What ails the state as regards attacks against women?  One reason for these numbers which seem to burst at the seams might be more willingness on the part of the victims to report such cases, as against yesteryears, when the tendency was to hush things up under the carpet for fear of social ostracization of the victims and their families.

Another reason could be the ‘awareness’ among the antisocials that they can get away with anything, the law being too lenient towards such elements, Govindachami being an example.

If at all they’re confined to custody, they are assured of a life much comfortable than in their homes, with choicest food, and comforts of AC, mobile phones and  TV to enhance their quality of life,  financed by taxes paid by the very people they sought to victimize variously.

How can this menace be countered? The women in the state have every right to lead a life of dignity far moved from fear, threat, blackmail, and physical hurt.

There have even been suggestions to consider legal castration or emasculation to control turnaround of crime for the worse, brought about by the testosterone surge that seems to wreak havoc to civility within Kerala’s society.

Jestingly, a suggestion to sprinkle testosterone blocking drugs (drugs that block specific sites in the human body to which testosterone attach to, through which it acts) all over Kerala using choppers, akin to spraying pesticides over farms!

Will licensed arming of women help? Or will that be counterproductive, with the arms being used against them? Should women be trained in the use of arms for self-defense? Women are already enrolling in various forms of marshal arts classes in droves to defend themselves in times of attack. The police is traditionally known for foot-dragging and their lackadaisical attitude to such cases, especially when the so-called ‘VIPs’ are involved directly or indirectly in individual cases.

The only cocksure way out is to enforce stringent punitive methods such crimes merit, as that would go a long way to serve as deterrent.

Legal emasculation must be considered in all seriousness, as crude crimes merit crude methods of punishment in the interest of sanity within society.