Why not set right the present than strive to ‘correct’ history? 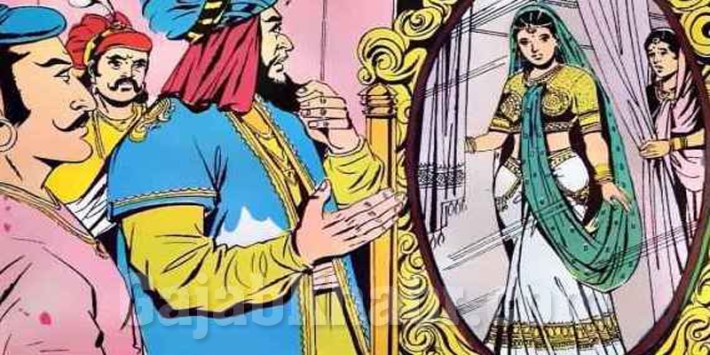 Filmmaker Sanjay Leela Bhansali was filming a film titled ‘Padmavati’. The location- the Jaigarh Fort. Infuriated members of the karni Sena, a Rajput organization barged into the Fort and misbehaved (probably an understatement by the media)-for obvious reasons with the crew. The reason for their ire? They believed Bhansali, through his film was ‘distorting history’. In the film, the medieval-era Delhi ruler, Alauddin Kilji falls in love with Rajput queen Padmavati. The attackers fumed ‘in no book is it written that Allauddin Kilji fell in love with Padmavati or that she was his lover’. Bhansali , piqued by the attack packed up. If and when the film is released, the diehard Bollywood fans (the lead actors being Deepika Padukone, Ranveer Singh and Shahid Kapoor) would flock in droves to watch it, with ‘distorted history’. This is exactly what these fools, the so-called ‘police force of history’ and their kind do not realize, or pretend not to. Curious People will ensure they watch the film, the creation of which they sought to thwart, askew to their intention!  What is to us, who live in the twenty-first century India if padmavati was indeed in love with Allauddun? What difference does it make to us now if Padmavati is portrayed to have fallen in love with the second ruler of the Khiliji dynasty, who reigned from 1296 to 13 16? Let us imagine that bhansali really did intend mischief by ‘distorting history’. How does it affect our lives? History will remain unblemished nevertheless. Why do these goons, ever willing to be unconditional marionettes remote-controlled by those armchair politicians double up as custodians of history? Padmavati will take care of herself as long as she remains history. Why don’t they attempt to turn their attention to the present? What about the Padmavatis of today who are raped and harassed in every nook and cranny of India, whose culture it was to respect women of all ages? Women and the girl child are unsafe in today’s India. Even the female fetus is unsafe in its mother’s womb. Where are these people so concerned about history, when the present is being bruised and torn-apart as much as the victims? Where were they when a paramedical student was gang raped at midnight in the streets of Delhi on Dec16, 2012? Or when a Soumya was pushed off a running train and raped to death on the railroad in Kerala on February 1, 2011 by a one-armed maniac? Or when a Jisha, a 29-year-old law student with the law college, Ernakulam was raped and then cut up into pieces on April 28, 2016? Or when a 25-year old software engineer was strangled to death with a computer wire by an amorous ‘security staff’ in Pune on January,29,2017? With nobody bothered about the present, the government, run by a rightwing front, drunk on the ‘successes’ of demonetization and surgical strikes in Pakistan is not expected to act on these custodians of history, thanks to political compulsions brought about by assembly elections in a number of Indian states, especially Uttar Pradesh . I have two daughters and I don’t feel exactly comfortable to live in India, as things are, and I’m ashamed to say that!

2 thoughts on “Why not set right the present than strive to ‘correct’ history?”